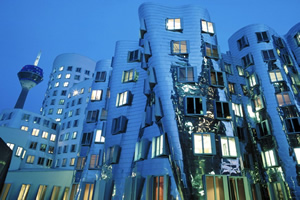 Demolition of the Building Blocks

I took a look at your building projects in Marlistraße and found that my letters concerning ..................Monumental-Area were simply ignored. Also, the relevant letters are for you and others as quite simply theoretical rubbish that does not belong in practice.

Your gigantic glass boxes, which will be held up mainly by reinforced concrete pillars or concrete girders, do not inspire a normal person to discuss the matter, but rather excite him or her by being a tasteless nuisance.

There is something about your partially monotonous and sterile construction, punctuated by a discreet extravagance that is correspondingly costly and elaborate; something frighteningly disturbing also due to the costliness that such buildings cause.

There is simply something missing in your architecture, something that existed many years ago; an aptitude for a particular profession, which is particularly exemplified by your profession. 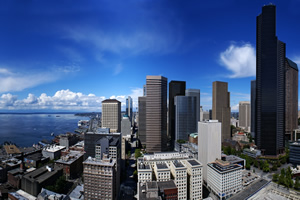 A building quite simply has to radiate a certain cosy comfort and manageability even without the planting or adornment of trees, shrubs and flowers, and not be rammed into the ground as a gigantic block of glass for decades.

But the problem that this letter is predominantly about is not just the blighting of cities and landscapes, it is about safety, which is linked on the one hand to the entire energy consumption and on the other hand to the entire structural design of the sites*, whereby apparently no one in the whole world has yet thought about these simple thoughts.

Possibly these thoughts are too simple for you and your kind, so you do not want to deal with possible side effects.

Especially you, as today's engineers, structural engineers and architects, tend towards compact buildings that are based on substructures such as underground garages or full basements, so that these space-saving projects are at the expense of hardening the earth's crust as well as at the expense of your wallet.

On a relatively small area you now place several sterile large-scale building projects with extended, large-scale basements or underground garages, which harden the whole thing even more by means of transverse and longitudinal pipes made of steel or iron under the concrete* and where vertical reinforced concrete pillars or supporting pillars made of iron are then also embedded in the earth and in the concrete.

The more glass is used for such buildings, the more reinforced concrete beams will be needed for such projects, which will have to be set vertically into the concreting, with the sewers being the horizontal pillars that will be tied to the entire sewage network.

So the earth is increasingly being tested for its stability, flexibility, but also for its uneven* bearing capacity, as strange and new as it may sound to you as engineers and architects.

The asphalted roads or the concreted squares also contribute to the fact that the earth's crust hardens more and more and becomes more and more inelastic, although it is known that earth plates can collide.

Where are the experts to be found and what is the job title of these people, should they even exist?

If you look at the big cities or metropolises of this world, everyone who did not grow up in such a big city should at least ask one question:

Where does all the building material come from, where do the enormous masses of materials come from and where must there be cavities for them?

A further question would also be the question of the present-day industriousness and diligence of mankind to erect such gigantic structures and to pile up masses, or did they make use of some aids that allow human to relocate these masses and to build them up by imposture, starting a few metres below the ground and sometimes high up into the sky, so that in comparison every church tower is just a toy and the whole nave looks like a doll's house?

And that's not all, because every household in these projects, especially now the planned 62 comfort flats and 18 condominiums in Marlistraße, has at least one washing machine and one dishwasher.

Today, a dryer is often added, and the cooker with oven and microwave are also included. Furthermore, the hoover is needed and a laundry mangle is also not to be sneezed at.

So such a comfort project is often connected with a high KW output and with a high water consumption, which leads back to the sewage treatment plants through the cleaning additives.

The daily showers per person alone cause litres of soapy water to run through the sewage system, plus the hygiene cleaning agents, especially those for the toilet bowl, and the washing powder for all the laundry.

In other words, the more money an individual has at his or her disposal, the more the individual can burden the entire and common ecological cycle as well as the natural structure of the earth.

This also means that the more funds a developer has at his disposal for his object, the greater the damage such a heavy concreted-in building can cause, especially if there are already masses of raw materials on the earth's surface that were intended for future generations. 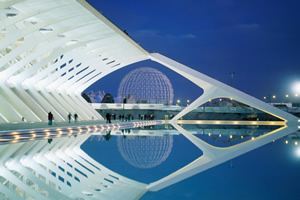 Furthermore, if one looks at your construction management, then one has to conclude that a reasonably well thought-out financing or distribution of work will fail because in part one person creates and the other watches as the crane carries the loads.

I was particularly struck on the Arnimstraße construction site by the huge special crane transporting prefabricated walls for the garages or apartment buildings.

At this point, human should start getting his slide rule out of the drawer before more men sink into unemployment.

The costs alone that the huge special crane must have incurred in its manufacture, plus the costs of getting the crane to its place of use, some of which presumably has to be set up anew each time it is used, will be very high. The time that the whole thing takes will also always cost an hourly wage for the workers.

In addition, at least one man has to guide the crane and another has to observe whether everything is running smoothly.

The other men on the construction site are also waiting for the finished wall to be lowered slowly but surely.

Indeed, this spectacle is a spectacle to stand around and watch as the load is transported. The cast prefabricated walls are likely to be environmentally damaging in their manufacture, also the activity of making them will be rather monotonous. For these prefabricated walls or prefabricated bricks, a storage space is needed, as well as such an expensive special crane, plus the appropriate personnel for distribution.

Any layman can see with his slide rule that something is shifted back and forth and the bottom line is unemployed construction workers and a very high energy consumption from the socket and the energy materials like petrol from the earth belong in this equation.

Among other things, it will not be allowed to go on like this, because the profession for the structural design of the entire earth plate structures cannot be learned by humans either, because humans do not have the overview and do not have the knowledge that is needed for such enormous rearrangements that come out of the earth onto the earth's surfaces, which, by the way, has only happened to a small extent through diligence and through the work of mankind's hands.

Here, too, it is recognisable from today's architects and building constructions that man then used a slide rule and today a pocket calculator supplies the data.

Since you and your kind have also already been informed of my person, you will now know that you will have to accept this measure, especially also because the earth is already beginning to collapse, so that the following orders will have to be carried out, since these instructions do not only pursue the purpose of instruction, but these orders must be brought into a connection with the entire restructuring of the earth and a beginning should have been initiated here in Luebeck long ago.

Through the utmost effort, my person has already passed on warnings concerning the two building projects on Lindenplatz with regard to the underground construction of these two gigantic buildings under the Linden arcades.

A letter was also sent after the completion of the ugly building projects concerning the Saturn company.

You will now have these two buildings demolished here in Luebeck and in such a way that especially the underground garages with all the steel pipes, concrete pipes and steel girders including the concreting and asphalting have disappeared from the face of the earth.

Blasting is out of the question in this case, only cranes and special cranes that could knock the weights against the facades should be used. Concrete drills, jackhammers and many other tools can be used.

After all the ground has been broken up and loosened, fill the entire excavation pit with the rubble, glass and mortar and close the entire complex under the Linden arcades by driving up sand and earth.

The project at Rathausplatz Schuesselbuden will be used to build up the crafts and the quality of life, lost by young people.

Immediately stop all large-scale building projects, especially civil engineering, and start planning a city and not planning it in such a way that the church tower has to be the highest point of a city and only a gigantic church also needs a gigantic substructure, which is also embedded in the earth, for example by steel girders and supporting pillars that secure the wings.

But these large buildings must also be planned and built with an eye to the future, without a huge sewerage system.

Letters are also available for this purpose, for which many older men are to be employed on a voluntary basis, as craftsmanship is again in demand and time is short.

Please also enlist interested men for these above-mentioned activities who have an interest in bricklaying, as much can be learned for practical purposes through the demolition of a house, especially for the construction of buildings, which must be in harmony with the earth's structure. 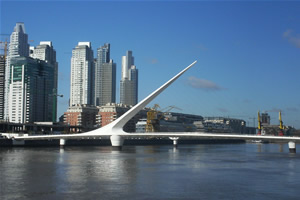 The employees of Heimstaetten GmbH from Ruebenkoppel as well as from Elisabeth-Hasseloff-Straße will also have to participate in the demolition work as well as ............

Since the truthfulness of my person did not suffice for the clergy of Luebeck to take up the right position, the Luebeck clergy, as well as the entire Luebeck city administration, will also be summoned to the building site so that they can appreciate a service rendered.

It is one of the duties of an Empress to provide security through normality, and it is precisely for this reason that men will first have to be put on their feet.

Should this measure still not be sufficient, then the Hotel-Casino- C.. in Travemuende will subsequently be demolished, unless you allow the costs for the project worth millions to be recovered by using the hotel specifically for the Lord's matter and commission, *for example, by also holding decisive meetings on the matter there and holding successful talks, or by providing appropriate hospitality and accommodation for people from foreign cultures who are travelling in the Lord's matter!! ! 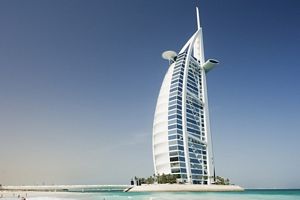 **Writing has been supplemented in content or shortened or changed in style for better comprehensibility.

Note: Thus the earth/earth's crust is being increasingly stressed for its stability, flexibility but also for its uneven* load-bearing capacity, as strange and new as it may sound to you as engineers and architects.